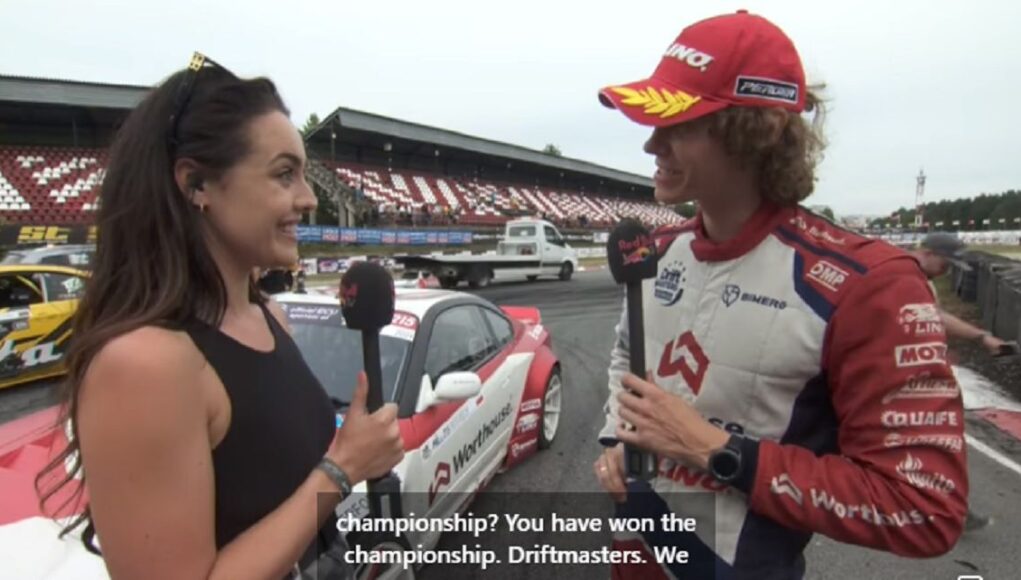 “What do you mean by (winning) the championship?”

Imagine pouring your heart out in competition and not realizing you actually won the whole shebang. That’s what happened to Team Worthouse drifter Piotr Wiecek earlier this weekend at the end of Round 4 of the Drift Masters European Championship in Riga, Latvia.

Only during a post-tandem interview at the end of the event did Wiecek find out he actually won the overall championship and it was all caught on camera in one of the most wholesome post-drift interviews I’ve seen.

Check out the interview for yourself below.

Interviewer: “Congratulations on not only first place but on the championship and we’ll see you in Georgia.”

Wiecek: “Wh..what do you mean by Championship?”

Wiecek: “But, we still have one round.”

Interviewer: “But, on the points, you’ve won the Drift masters Championship.

Wiecek: “But, WHO CALCULATE THIS?”

Only after the other hosts confirmed what the Redbull Interviewer was saying did Wiecek finally let all the emotions flood in.

Here are the point standings through four rounds. Even if Shanahan scored a perfect 106 points, he still wouldn’t have enough to overtake Wiecek.

And here’s the tandem that won Wiecek the 2021 DMEC

Wiecek’s name is familiar to American Drift fans because Wiecek, with Team Worthouse, dominated Formula Drift in 2017 (Rookie of the year with a first place finish in Irwindale,) and finishing 3rd and 4th overall in points in 2018 and 2019, respectively.

Wiecek recently started a new tire sponsorship with Valino Tires which, according to Wiecek in his videos, leveled up how aggressive his S15 can be.