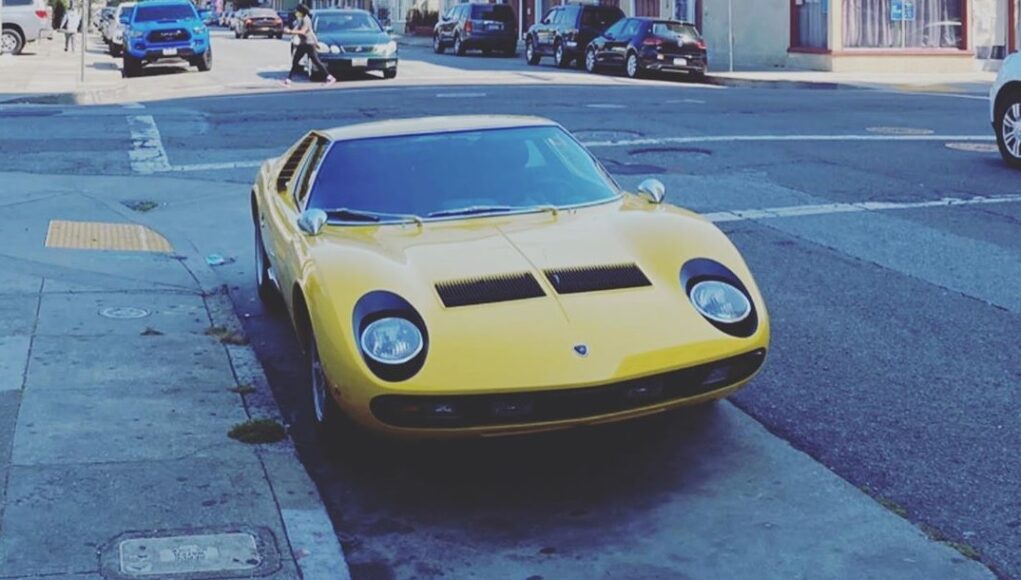 Considered the world’s first supercar, this street-parked example, under the right auction conditions, could hammer off for above $1 million, no problem.

Finding a street-parked Lamborghini Miura is as rare as lightening striking three times in the same spot so when Instagram account @StreetParkedSF spotted this million dollar exotic parked outside of a San Francisco house in the Mission District, he knew he spotted something supremely special.

Check out his epic street-parked spot below.

If you drive around San Francisco, your chances of running across this Miura 400S are good. Owned by motoring enthusiast Derek Tam-Scott, this is probably the most famous Miura in Northern California.

Tam-Scott’s father was either the second or original owner of this historic exotic, bought and imported from Italy. He’s written up an abbreviated history of this Miura on his site, The Motoring Enthusiast, where he recounts its storied history involving the mafia, court battles, and a point in time where it sat for 17 years. Included are links to the lengthy and through rebuild that spans eight years.

Googling around, this particular Miura’s been spotted and posted up on Reddit at least twice. Check out those posts below.

[Lamborghini Miura] parked on the street in SF, CA. from r/spotted

While the sentimental value of this Miura is probably through the roof, according to Hagerty, a Miura, even in fair condition, can fetch at least a cool million.

That’s about what a Miura sold for on Bring A Trailer that one time.

In a sea of modern automotive metal in conservative shades of silver, white, and, black, this Miura sticks out like a sunflower, bringing a smile to those not even “in the know.” With a classic design that holds up fifty years later, coming across this car in the wild is special to say the least.

Watch the terrifying moment this landslide pummels parked cars on a...